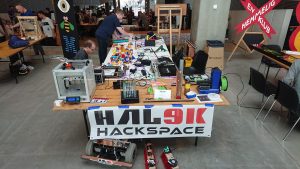 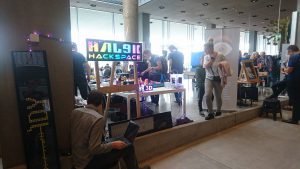 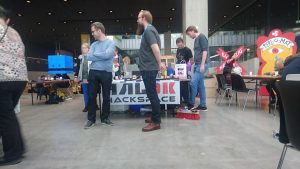 A few months ago I decided I wanted to start biking to work. Being lazy and living in a hilly town, I started looking at E-bikes. I already had an old Long John (from 1941), and really like how it handles, so I looked a bit at the modern equivalent: Harry Vs. Larry’s Bullit, but the price, about the same as a used car, for the electric version, was just too high. So next step was looking for a conversion kit for my old bike. It was in real bad need of a new bottom bracket and new pedals, so naturally I started by looking for a crank motor. After being confused about the whole 8fun/Bafang stuff, I figured out that they don’t support coaster brakes, which is the only form of brake on my olde bicycle. So that solution was out of the question. Next I looked at hub motors, but because both the front and back wheel are odd ball size, I quickly hit the wall again.

Luckily @mchro pointed me towards Boxbike, who luckily had a crank motor, which supports coaster brakes. The price wasn’t too bad, so I ordered a kit consisting of a motor, pedal arms, battery, chain, controller and all the various wires. Boxbike really provided nice support. I had ordered a brake lever, which was not supported by the controller I had ordered, so they called me up, to make sure I knew what I was doing, which I obviously didn’t, and offered me a larger battery instead. They also told me to call them any time, incase I had any trouble figuring out how to mount the kit. 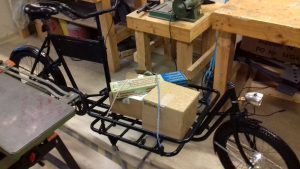 My bicycle loaded with goodies.

To have an easier time with the job, I made a small side project, and mounted a bicycle hoist in our space. 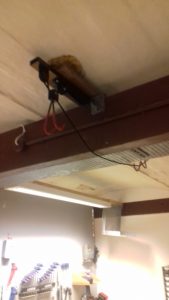 Next step was removing the old bottom bracket, the previous owner had mounted pedals of the wrong kind for the bottom bracket, so about twenty minutes with an angle grinder later, I had the following view: 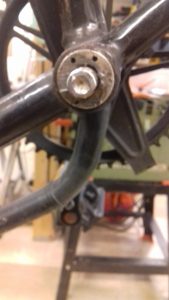 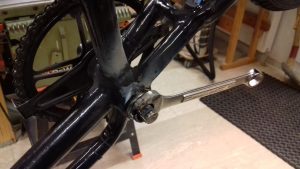 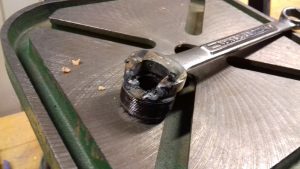 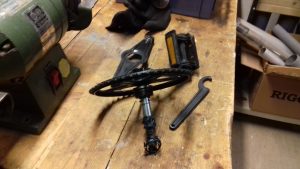 Wohoo, on the the next problem 🙂

So the state after removing the bottom bracket looked like this. 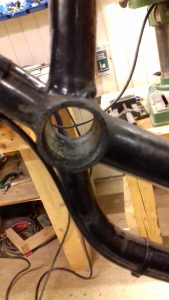 Sadly the motor needs just about 180 degrees to fit, which the frame obviously didn’t have. 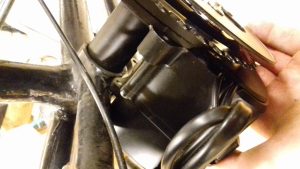 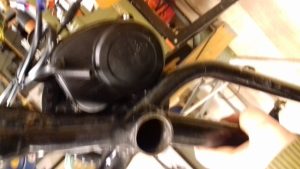 So long story short, took a hack saw to the frame, and made room. And a very simple installation, and a lot of cable ties later, and my bike was upgraded with a 250W motor 🙂 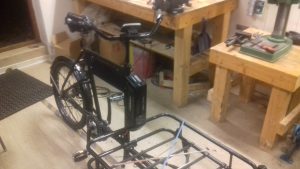 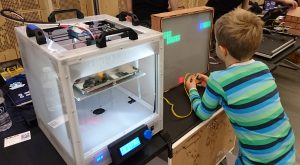 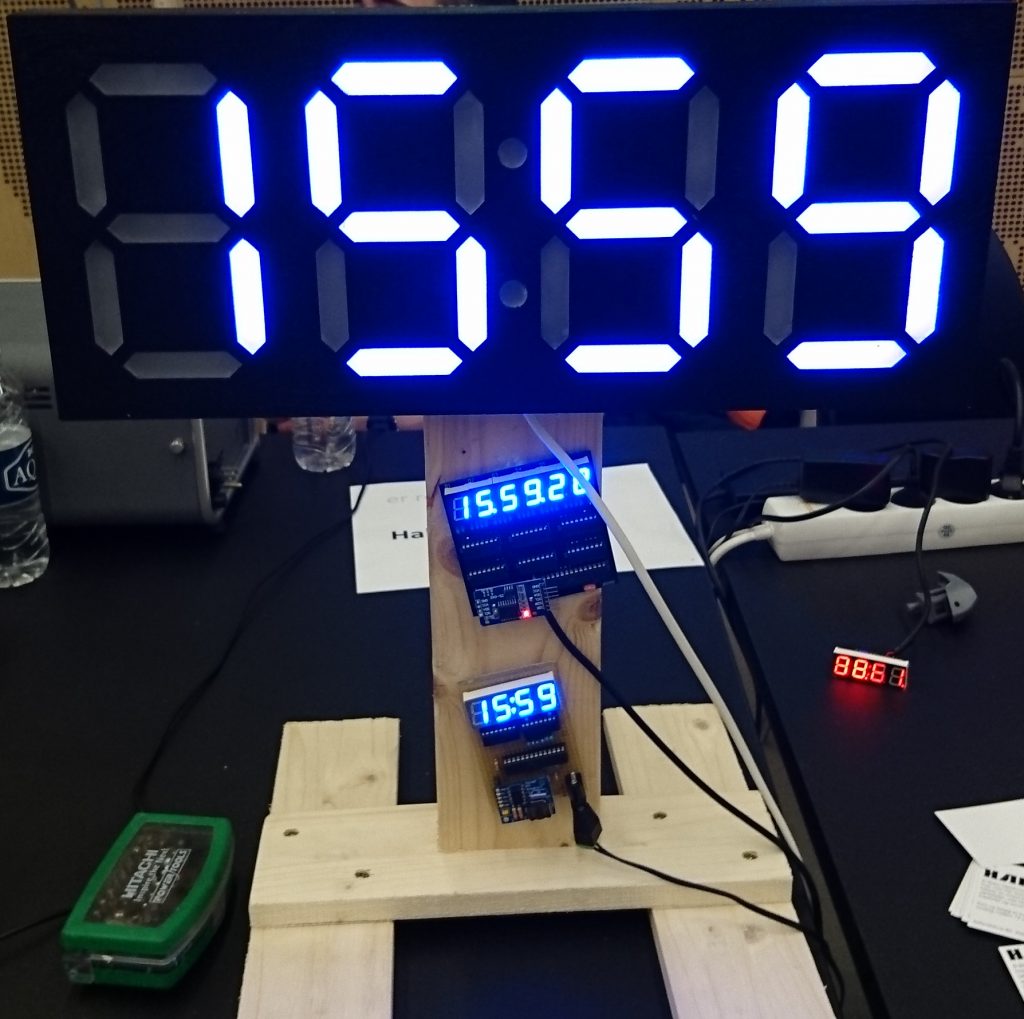 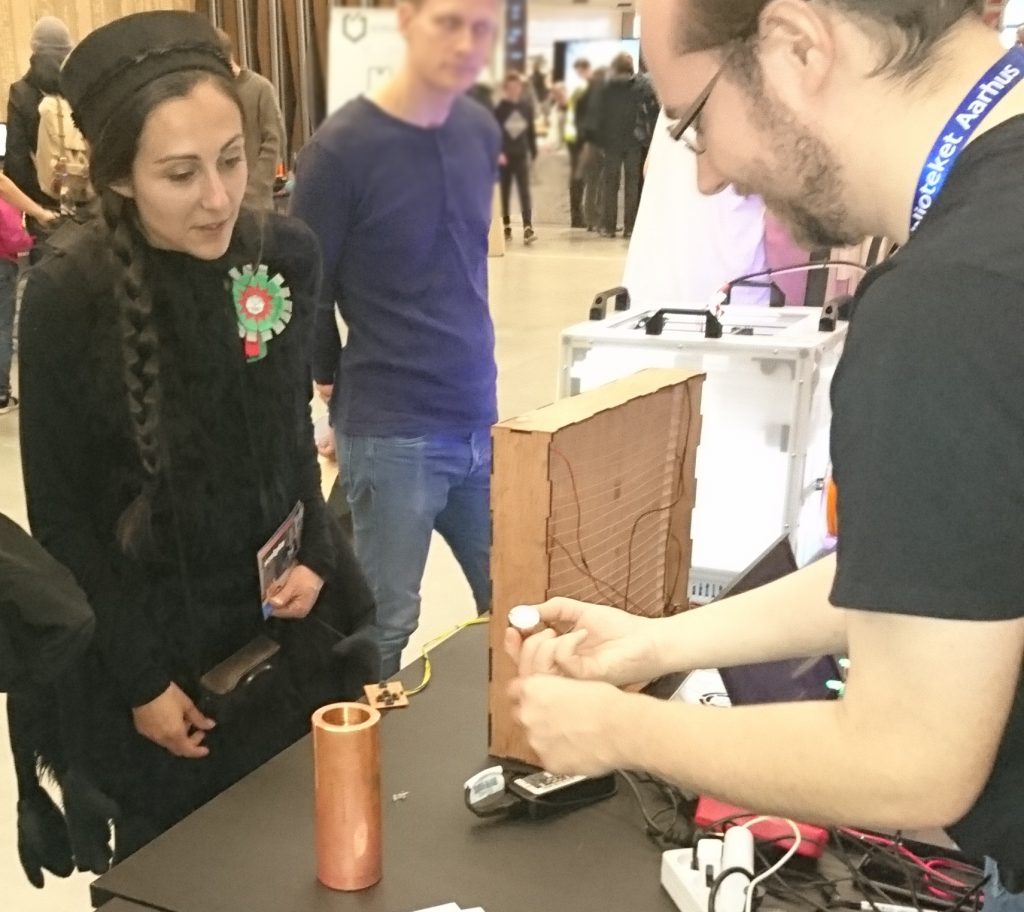 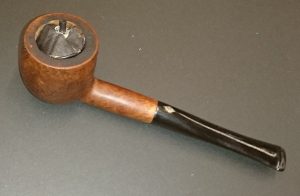 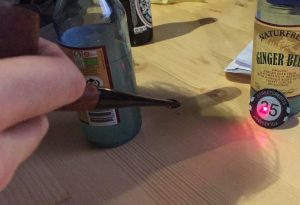 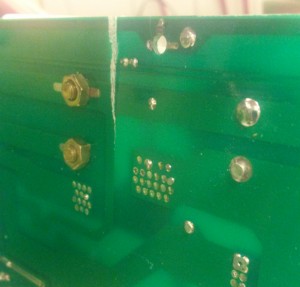 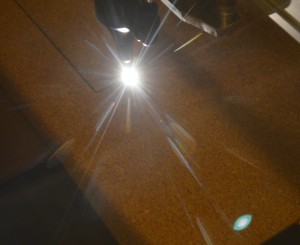 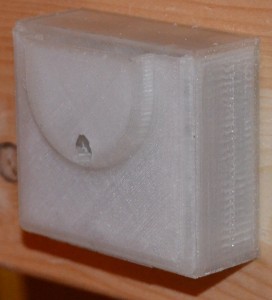 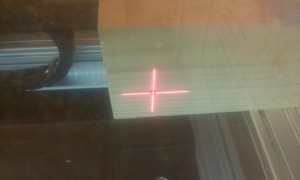 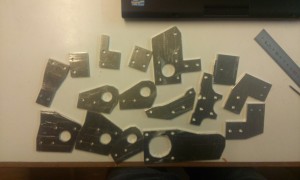 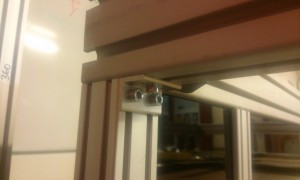 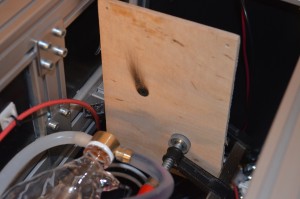 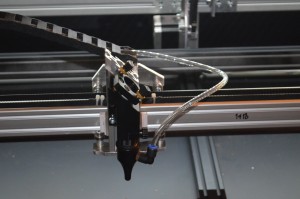 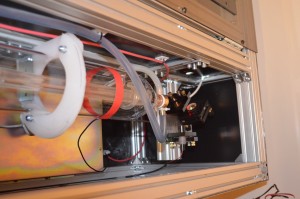 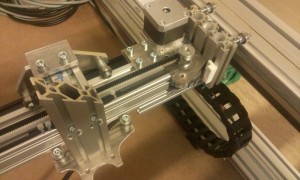 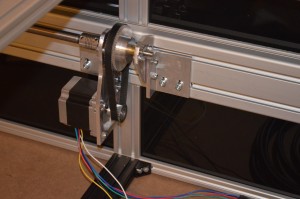